Barber - an old profession, which enjoyed a well-deserved respect in society, and this is logical, because working with sharp blades is a responsible and serious matter. But did you know that before the 18th century, they not only sheared people, but also carried out simple operations: they removed sick teeth and bleeding. In general - their competence was completely the head of a person, with all its components.

A well-known law - as long as there is a kind of activity, there is advertising. True, some experts, in connection with their work, advertising was quite peculiar. For example, London barbers practicing surgical operations demonstrated vessels filled with patients' blood in the windows of the institution, as a visual advertisement of their skills.

Why is the old barber pole the way it is now?

It would seem, what modern barber shop sign has to do with this outrage? And we'll tell you about this right now. A typical old barber pole has 3 colors:

At the beginning of the 14th century, the residents of the city were already fed up with the stink of rotting blood that captivated the nearest streets and the city authorities banned such creativity. At the same time there was a division of duties: hair - to barbers, internal organs - to doctors. And from that time near the doctors' houses the posts were painted red, and near the hairdresser's - in blue with white stripes on it. But multifunctional professionals preferred a combination of white, blue and red, as confirmation of their attitude to two different activities. So the old barber pole appeared in the color we know today.

There is another story that explains why the colored bars on the old barber pole rotate. It is rumored that the red stripes alternating with the whites resemble bandages: white ones are clean, and red ones are stained with blood. After they were washed they hung out on the street to dry. And in the process, the wind, playing with bandages, twisted them, showing the citizens a moving spiral, which we see today near each Barber Shop. But Rafael's Barbershop is not scary, because we are not from the faint of heart!

That's how the old barber pole, with its frightening and intricate history, appeared today.

Fortunately, today everyone is engaged in his own business, barbers - hairstyles and beards, and doctors - teeth and blood. Therefore Rafael's Barbershop is a cozy and comfortable place. We will pick up quality products for you and provide quality services. And in spite of the fact that barber shop sign does not mean the most enjoyable activity, we had the opportunity to change this, and that is what we did. 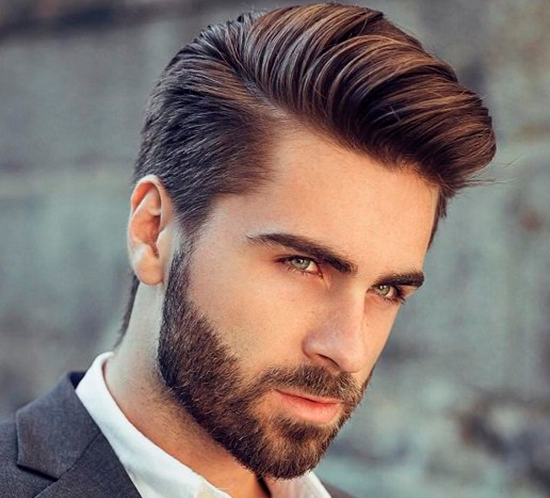 How to treat dandruff and whether it should be done?